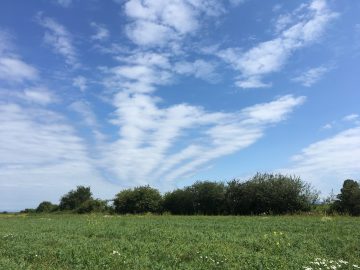 Grassland Set-asides (GLSAs) are a conservation practice commonly used by farmers in Delta,B.C to improve soil that has deteriorated due to continual cultivation of annual crops, as a part of crop rotation, or to transition to organic production systems. Due to high land costs and insecure land tenure, GLSAs in Delta are relatively short term (1-4 years).

While there is increasing evidence that GLSAs are beneficial for subsequent crop production it is unclear what the optimal duration is to meet farmer’s goals related to the practice and to preserve crop yields following GLSA implementation. Agroecosystem models, such as the Denitrification-Decomposition (DNDCv.CAN) can be used as a tool to evaluate the benefits of  varying  GLSA durations. A one-year field study as well as the DNDCv.CAN model will be used to address the research goals of this project

The project objective will be answered by the following research questions and hypotheses:

Research Question One. Evaluating the effects of a 4-year GLSA on soil nutrient cycling and crop yield 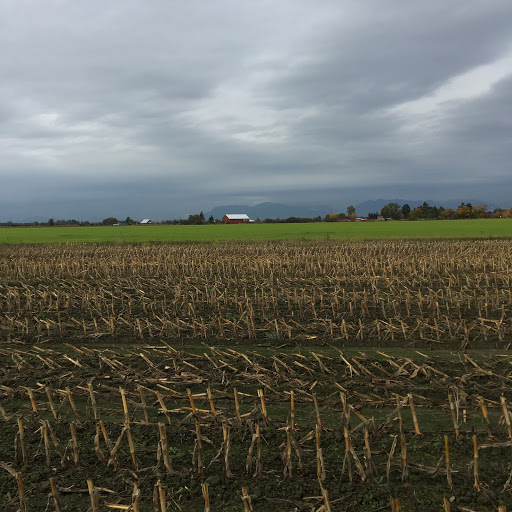 The study sites were established in the spring of 2015 in Delta, British Columbia. The study includes 4 paired fields: a GLSA that was seeded in May 2015 and an adjacent

annually cropped field. The GLSAs were incorporated in the soil in the spring of 2019 using a range of tillage implements including a destroyer and a pulvi-mulcher.

Bi-monthly soil sampling occurred during the production season in 2019 (June – September). At each site and within each management type, four sampling points were established using a stratified random method. Each sampling point is subsampled to form a composite sample. Soil samples are taken at 0-15 and 15-30 cm and analyzed for available nitrogen (NO3 and NH4) and phosphorus. Crop yield samples were collected prior to harvest.

The study is located in the Fraser River Delta region of British Columbia. Each site contained an annually crop production field (ACR) and a paired grassland set-aside field with similar management history and soil quality. Data on soil properties following 2, 3, and 4-year GLSAs were collected from 11 operational farms that had paired GLSA and adjacent ACR fields of similar management history. In addition, data were also collected at two controlled field experiments. Between 2015 and 2019, a total of 25 fields were sampled for soil chemical and physical properties (at 0-15 and 15-30 cm depths) throughout the production season following GLSA termination and harvestable yields at the end of each season.

The data used in this study was primarily collected previously collected from Walji, Lussier, and Fausak with the addition of one season of data collected after the incorporation of 4-year GLSAs. Data required for modeling inputs include soil texture, bulk density, pH, total C, total N, nitrate (NO3), ammonium (NH4), crop yield. Climate, crop and management information for each site is also required to fulfill the minimum data set required of the DNDC model.

The DNDC model will be calibrated with a subsection of the data and then independently validated with the remainder of the data set. The model’s accuracy in simulating crop yield and soil nutrient dynamics will be evaluated using model performance statistics such as root mean square error and an index of agreement.